The “Independent People” of Iceland

One of the pre-journey tasks I always attempt is to read some of the literature written about a country and by that country’s most famous authors. When I began researching works by Icelandic authors it quickly became clear that one stood out from all the rest. Halldór Kiljan Laxness was a 20th century Icelandic author who penned poetry, newspaper articles, plays, travelogues, short stories and novels. His most famous novel — “Independent People” — received the 1955 Nobel Prize in Literature and he remains the only Icelandic Nobel laureate. 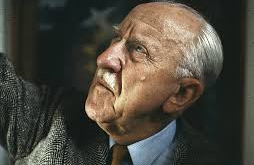 His novel is a vivid portrait of a family living in the hardscrabble wild of Iceland. In the presentation address for the Nobel prize E. Wesen stated:

“He is an excellent painter of Icelandic scenery and settings. Yet this is not what he has conceived of as his chief mission. ‘Compassion is the source of the highest poetry,” he says … and a social passion underlies everything Halldór Laxness has written. His personal championship of contemporary social and political questions is always very strong, sometimes so strong that it threatens to hamper the artistic side of his work. His safeguard then is the astringent humor which enables him to see even people he dislikes in a redeeming light, and which also permits him to gaze far down into the labyrinths of the human soul.”

So, I began reading. Passages such as this enchanted me:

“Townsfolk have no conception of the peace that mother nature bestows, and as long as that peace is unfound the spirit must seek to quench its thirst with ephemeral novelties. And what is more natural that that of the townsman’s feverish search for pleasure should mold people of unstable, hare-brained character, who think only of their personal appearance and their clothes and find momentary comfort in foolish fashions and other such worthless innovations? The countryman, on the other hand walks out into the verdant meadows, into an atmosphere clear and pure, and as he breaths it into his lungs some unknown power streams through his limbs, invigorating body and soul. The peace in nature fills his mind with calm and cheer, the bright green grass under his feet awakens a sense of beauty, almost of reverence. In the fragrance that is borne so sweetly to his nostrils, in the quietude that broods so blissfully around him, there is comfort and rest. The hillsides, the dingles, the waterfalls, and the mountains are all friends of his childhood, and never to be forgotten.”

The novel’s family lives in a traditional turf home — dank, dark, humid and cold — where they suffer hardship upon hardship but perseverance thanks to the protagonist’s stubbornness and independence. Halldor’s writing evokes the hardscrabble existence of the Icelandic people who chose to scratch out a living in the hills and mountains of the island.

It was “Independent People” that came immediately to mind today when I happened upon an ancient Viking home, the first excavated by anthropologists in Iceland. Vikings settled Stöng (a reproduction of which is shown in the photo above) around the 11th century, unaware that they were in the proximity of the notorious volcano Hekla. Here they built a Viking manor (some think a longhouse) with a great hall, living area, pantry and indoor toilet (or all things). But the volcano exploded in 1104 and covered Stöng and other nearby farms. A very active Icelandic volcano, it proceeded to erupt numerous times over the centuries.

In 1939, archeologists undertook the first dig in Iceland at the site of the former Viking manor. Today, the base of the foundation has been uncovered and layers of turf have been built upon the lower layers of stone foundation. Seeing the actual walls (below) brought to life for me how difficult, cold, dismal life in a structure like this — just like that depicted in Halldor’s novel — would have been.