A good murder mystery is always compelling.  And when it’s a deadly mystery situated within a context of ethereal beauty, the effect is particularly startling.

In this case, the classic whodunit involves the death – or was it murder – of Canadian artist Tom Thomson, who made his name in the early part of the 1900s painting the wild beauty of Ontario’s North Woods. While his career was short, Thomson died at 39, the mostly self-taught artist was a visionary who inspired a form so unique that he is sometimes referred to as the Canadian Van Gogh.

The area that inspired his life’s work – and coincidentally was also the site of Thomson’s death –encompassed the forests and lake within Algonquin Provincial Park, a beloved bit of wildness some 200 miles north of Toronto. It is such a pristine and serene spot that much of its interior can only be reached by canoe.

It was – and remains to this day – a haven from the hubbub of the world.

In the early 1900s, hardy outdoorsmen fished and paddled its wild rivers and lakes. Within its untouched forests, moose, black bear, wolves and bobcat prowled while feathered life filled its lakes and trees. 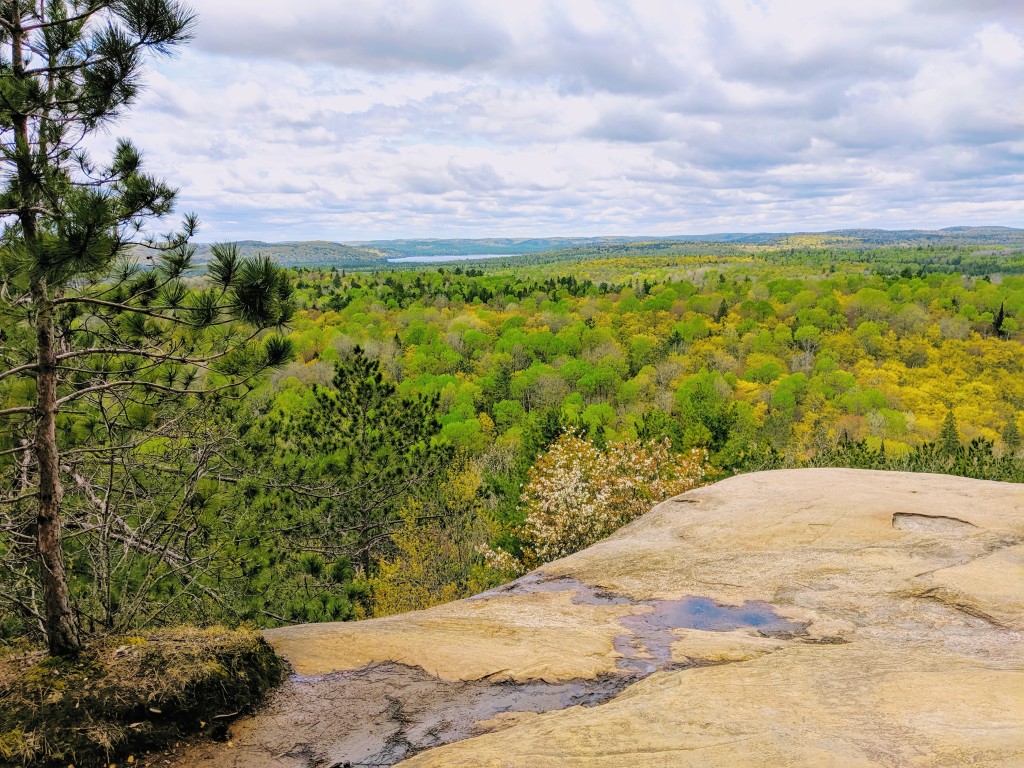 This was the wilderness that enraptured Thomson the first time he saw it in 1912. His passion for this special place not only significantly altered his artistry but captured his soul so completely that he returned time and time again to sketch its lakes, rivers, skies, mountains and trees.

Algonquin’s beauty inspired him to re-imagine and refine his own artistic style, resulting in unique artwork defined by splashes of vivid colors and thickly applied paint.  His paintings, such as The Jack Pine and The West Wind, are Canadian classics and inspired a group of other artists interested in similar subjects.

Although Thomson’s art spoke volumes about his love for the Algonquin wilderness, the man himself was more of an enigma.

“Tom was never understood by lots of people,” according to an essay on Thomson written by present-day art curator Andrew Hunter, “was very quiet, modest and, as a friend of mine spoke of him, a gentle soul. He cared nothing for social life, but with one or two companions on a sketching and fishing trip with his pipe and Hudson Bay tobacco going, he was a delightful companion.”

The artist’s summers were spent in Algonquin sketching and his winters were spent in Toronto, using his sketches to create larger paintings. During those summers he made the acquaintance of many park residents and visitors, including a woman who some said he had dated and who perhaps even became pregnant with Thomson’s child shortly before he died.

Thomson’s mysterious demise in 1917 has helped cement his name in Canadian history. While it occurred over a century ago, his death still inspires a legion of both amateur and professional detectives trying to uncover what really happened to this extraordinary artist.

This decades-long mystery was sparked when Thomson’s overturned canoe then his body were found floating in Algonquin Park’s Canoe Lake on July 8 of that year. The body was in a state of decomposition, as if it had been submerged for days.

People who saw the corpse later said Thomson had a head injury.  In addition, a line was wrapped around his leg.

Despite that, the case received only a cursory review and Thomson was quickly buried on an island in the lake. Although his family was notified, a return letter to the park asking that his body be held for later burial by the family was either never received or ignored.

Why was Thomson buried so quickly? It’s a question that remains unanswered.

The death was deemed an accident – Thomson had fallen from his canoe and drowned, authorities quickly surmised.

Wouldn’t that be enough to spark a deeper investigation?  Apparently not.

Whispers began of a cover-up regarding the well-known artist’s death.

At the request of his family, within a few days his body was supposedly exhumed from its island grave, sealed within a casket and sent by rail to be buried nearer their home.  But even that action is suspect.

Due to the casket’s weight, which some said was not heavy enough to contain a body, and the hasty manner in which the grave was exhumed – some doubted whether Thomson’s body had ever really been sent.

And while there are misgivings, the casket has never been unsealed.  To this day, the family refuses to have the casket opened.

Was there really a body inside? Who knows.

The mystery deepened further in 1956 when two men intent on uncovering answers to the mystery discovered a skeleton buried on the island where Thomson had first been interred. The skeleton’s skull contained a hole in roughly the same spot as Thomson’s head injury.

Could this lay to rest the questions surrounding the artist’s precise burial spot and could the bones give clues about what had really occurred?

An analysis of the bones at the time indicated the skeleton was Native American and not those of Thomson, a Caucasian. The skeleton was reburied in the same spot on the island.

Years later, however, the analysis was called into question as the procedure used to categorize the bones as Native American was replaced by more proven scientific methods.  Yet, the remains have not been re-examined.

Where is his body?  Might the skeleton give clues into a long-covered-up crime? Why hasn’t the casket been opened?

What did people at the time know about what had occurred? And might Thomson’s romance and the potential pregnancy of an Algonquin woman have something to do with his death?

Algonquin Park Ranger Mark Robinson, a friend of Thomson’s at the time, once gave his own assessment of the situation, quoted in “Northern Light,” one of numerous books written about Thomson’s death.

“I think Thomson was struck on the head with a paddle by some person.  I don’t think Thomson died a natural death from drowning.” 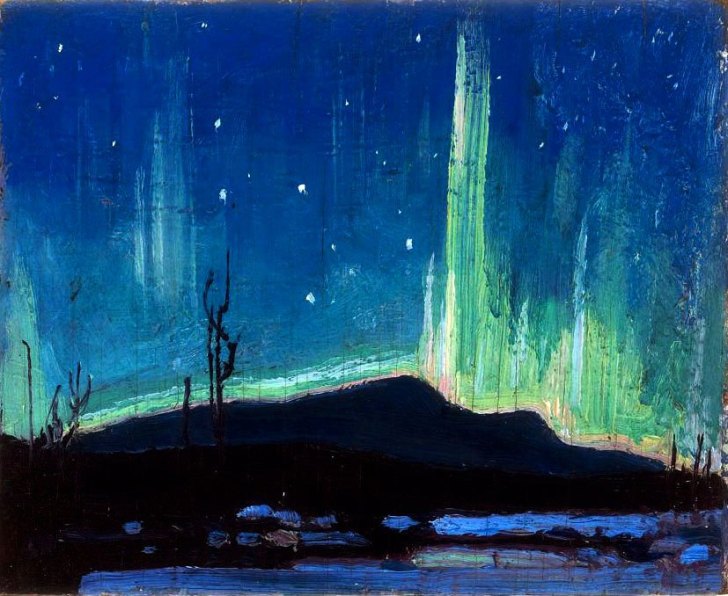 Perhaps the mystery will never be solved.

But the beauty of the North Woods that so inspired Thomson in life and finally embraced him in death is eternal.

Today visitors flock to take in the exquisite beauty of Algonquin Provincial Park, which receives some 1 million people each year.

While there, some purposefully visit or simply stumble upon the memorial cairn erected in Thomson’s memory on Canoe Lake, the body of water where his floating corpse was found.  In part, the inscription reads:

“He lived humbly but passionately with the wild. It made him brother to all untamed things of nature. It drew him apart and revealed itself wonderfully to him. It sent him out from the woods only to show these revelations through his art. And it took him to itself at last.”