Appalachia has been at the heart of much heated conversation in recent years, ever since the 2016 election focused eyes on a segment of the country that seemed emblematic of the white underclass that pushed Donald Trump to victory.

The spotlight on the area and its people became even more intense after the popularization of the book “Hillbilly Elegy,” a memoir of growing up in poverty within a Kentucky family written by J.D. Vance.  The book sparked a firestorm, with Conservatives lauding it as a truthful cultural account and Liberals skewering it, saying it offered little more than stereotypes of a much-maligned culture.

So what is the real Appalachia and who are its people?

Answering that question has been the mission of a unique nonprofit organization in North Georgia – the Foxfire Fund.  It has successfully utilized youthful enterprise over the past five decades to uncover the authentic Appalachia and present it to the public.

Today Foxfire invites people to explore what it’s discovered about the people of Appalachia by picking up one of its books, subscribing to its magazine, exploring its extensive archives or visiting its headquarters and associated Heritage Center in Mountain City, Ga.

While the organization itself is located in Georgia, its young researchers have explored the culture and people throughout the Southern Appalachians as far north as Kentucky.  What those researchers have found contradicts the idea this society is backward and monolithic.

“If you think about maligned cultures, Appalachia’s is at the top of the list,” says Foxfire’s executive director, T.J. Smith.  “People see ‘Deliverance’ and they think that’s representative of the entire culture.

“That’s something that we’re trying to combat.”

Instead, Appalachian people are a diverse lot, Smith says.

And “backward” is not a word he would use to describe them.

“They are people who are highly ingenious.  They’re highly intelligent.  They’re fiercely independent and fiercely loyal,” he says.

“Our purpose as a cultural center is to give people a real idea what this cultural is about.”

One of the ways Foxfire gives people insight into Appalachian culture is through its Heritage Center, a complex of more than 20 structures that exemplify how people within these mountains live and work.

The structures, most donated by local residents, carefully disassembled and moved to the site then rebuilt, range from an 1820s cabin built by Irish immigrants to a gristmill built in the late 1920s.  Many of the buildings are open to the public and contain items and furniture particular to

Visitors to the Heritage Center can take a self-guided tour of the area.  Several of the buildings house artisans creating traditional pieces.  A weaver, for instance, is often in residence to demonstrate her craft as are a blacksmith, a broom-maker and woodworker .

“We have demonstrations on a regular basis,” Smith says.  In addition, he notes that the center recently announced a series of “Heritage Skills Classes” in which participants can learn skills such as yarn spinning, flint knapping and soap making. 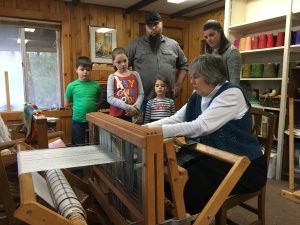 The story of Foxfire itself is nearly as fascinating as the stories of the people it studies.

The program began in 1966 and was designed to engage local high-school students in the preservation effort.  The students, first through the private

Rabun Gap-Nacoochee School  and later through Rabun County High School, were not only the gatherers of cultural information but actively led and designed the entire initiative.

From the very beginning, Foxfire’s mission was not only aimed at exploring and preserving Appalachian culture, but at empowering high school students to fully take control of the nonprofit.

It was a simple idea – at first.

The students would learn how to conduct interviews and collect cultural information. 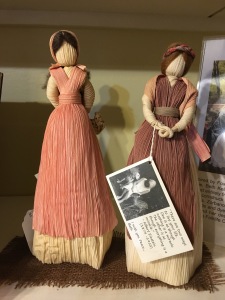 They would take photographs to illustrate and write stories about the aspect of Appalachian culture they’d researched.

In the beginning, the students simply produced a magazine to present what they’d found to readers.  That magazine is still being published today.

Then, in 1972, Foxfire grew.  That’s when the students published “The Foxfire Book,” an anthology of their articles.  Each year thereafter, another book was published and the series expanded.

Today over 8.5 million copies of the books have been sold worldwide.

Along the way, a mountain of information was gathered and it has morphed into a treasure trove of material that is open to people who want to conduct their own research into Appalachia.

As the student researchers contacted more and more people across the years they also began to learn of structures people were willing to donate to Foxfire to ensure they were preserved.

To save them, the students decided to use the royalties from the sales of “The Foxfire Book” series to purchase 50 acres on the side of a mountain, just down the slope from Black Rock Mountain State Park.

“A 14-year-old signed the check to purchase the property,” Smith says.  “That has always been Foxfire’s approach to learning.  It’s a learner-centered approach.”

The students soon began adding to their skills by learning how to carefully disassemble the buildings, number all the logs and other parts, and then re-assemble them precisely on the newly purchased property.

The effort has gradually turned into a Heritage Center that also features a related museum and gift shop.

The focus of the program has changed somewhat in the last year.  In an era of standardized testing, money to support alternative learning eventually dried up.

Although Foxfire no longer directly works through classes at Rabun County High School, it still fulfills its mission by selecting a handful of local students to apprentice at the nonprofit each year, collecting cultural information and developing skills.

“We didn’t see it being able to survive in this new (standardized-testing) context,” Smith explains of why Foxfire decided to change its tactics.

Smith says the students will continue to collect stories, artifacts and information from those who live in the vast Appalachians.  They remain an essential component of a rapidly changing mountain culture.

“The young people here are often our windows to see what this area looks like,” he says.  “We continue to serve as a ‘campus’ where they can learn and research.” 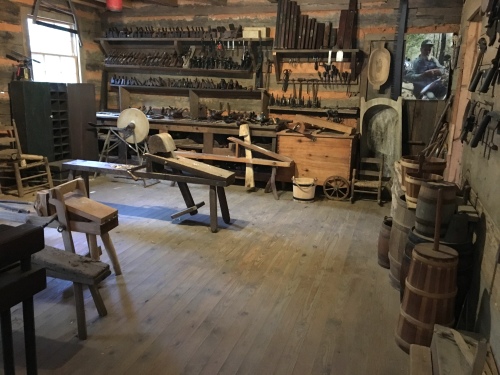 The Foxfire Museum and Heritage Center open their doors to the public Monday through Saturday from 8:30 a.m. to 4:30 p.m.  There is a small admission fee to tour the Heritage Center.

It’s free, however, to visit the museum and gift shop.  There, visitors can purchase any of the Foxfire books and other printed materials as well as traditional art and crafts produced by Appalachian artisans.

Two special events are also held at Foxfire each year to showcase what the nonprofit does.

The first is a Celebration of Southern Appalachian Culture, this year on June 22.  It will be a full day of interpretative demonstrations of traditional craft-making.

The second is the Foxfire Mountaineer Festival, which features not only traditional crafts but also music and regional performers.  It will be held on Oct. 7.

In addition, other events and classes are scheduled throughout the year.  For more information, go to http://www.foxfire.org.