Tales of Birth and Death

The morning sun illuminated an other-worldly landscape that seemed to glow in an ethereal light. 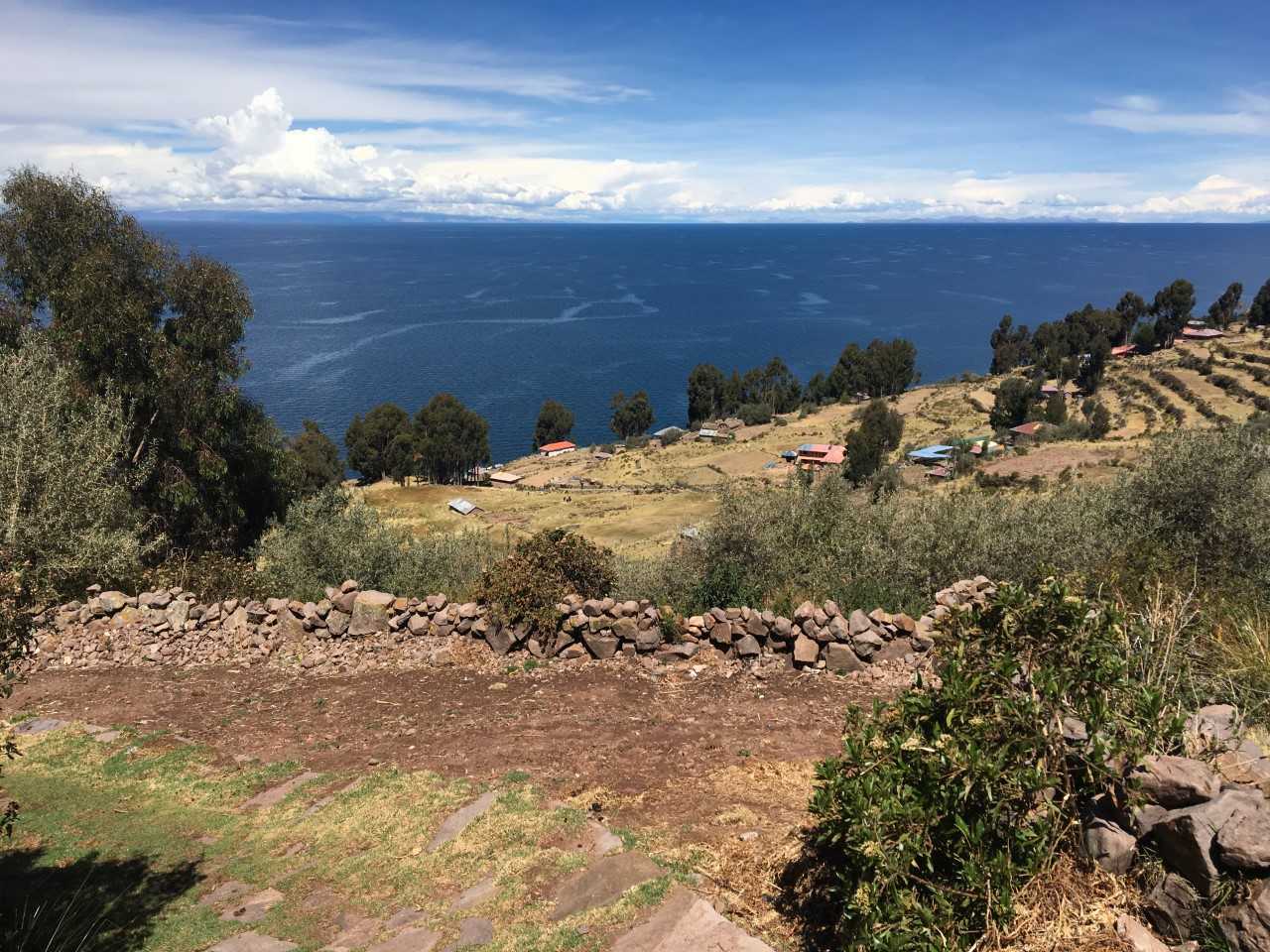 I’m here in Puno, Peru, for the next two days to visit the lake that has been described as the “mother” of the Inca Empire.  For on one of the islands of this cold, clear lake were born, according to Incan lore, “Manco Capac” and “Mama Occlo,” the Adam and Eve of the Inca.

Legend has it that the pair emerged from the Island of the Sun, which is nestled on the Bolivian side of this lake.  It’s the highest navigable body of water in the world at just over 12,500 feet – just 1,000 feet shy of the Grand Tetons.

At this altitude I’m suffering my first real bout with altitude sickness, a headache and a queasy stomach.  I’m also gulping air to make up for the lack of oxygen that sets my heart racing and make me halt every so often to catch my breath.

But it’s that very lack of lack of oxygen that seems to increase visual clarity.

In his book “Cochineal Red,” Andeanist Hugh Thomson describes how another, much earlier explorer noticed this visual phenomenon at Lake Titicaca.

“On clear days the rays of the sun shimmer is such a way that from the beach the waves seem like painted snakes of various different colors.”

It’s just that sort of day. 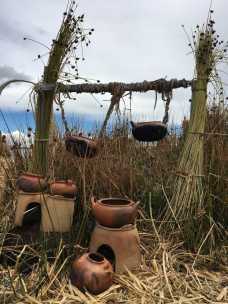 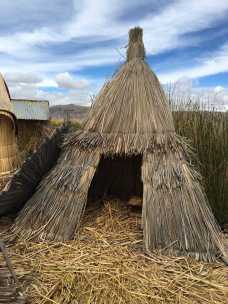 We’re on our way to visit the Uros people who live on some 120 floating reed islands within the lake near Puno.  They have traditionally made their living from fishing but now tourism is one of their primary sources of income

They use the plentiful reeds growing in this part of the lake to eat, make their homes, make their furniture, stuff their mattresses, craft their boats and create their islands.  Technology has crept into their reed homes today and many have intermittent electricity supplied by solar panels, radio, television and motorized boats. 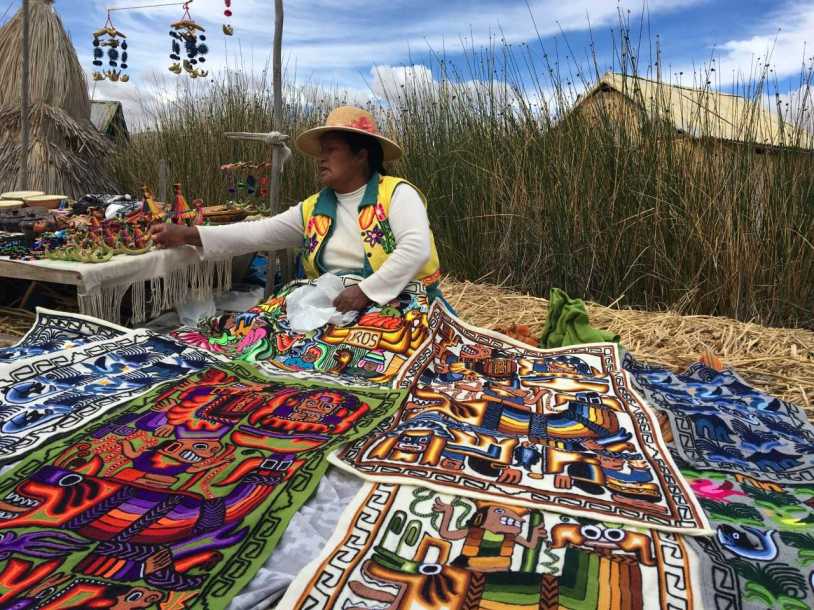 However, like with many tourist-battered societies, the Uros still managed to convey a sense of what it is like to live on their small islands, which contain between three and five rustic reed homes each.  And the handicrafts they plied us with were of the highest quality, exquisitely craft textiles and other items.

From the reed village, it was on to Taquile Island and a chance to dine with locals and explore this island of some 2,000 people.  While I would have liked to visit the Island of the Sun, visa restrictions make it very difficult for tourists to cross boundaries between the two countries on the lake.

Taquile, however, did not disappoint. 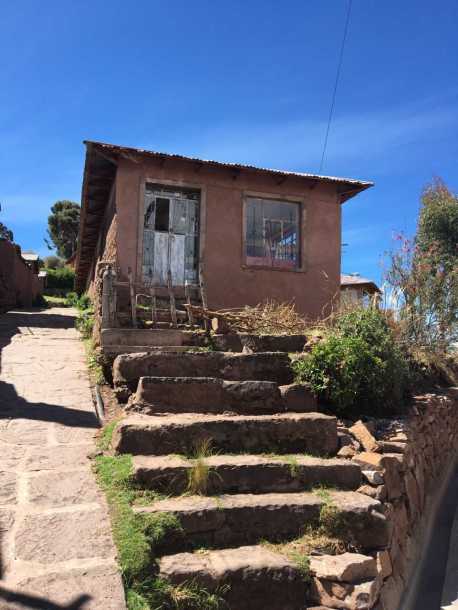 It was an island of sun-baked beauty without cars to soil its air or land.  Like the fabled Greek Islands, Taquile and its offshore turquoise waters glowed in the translucent air.

Although the scores of tourists visiting the reed islands and hiking the hills of Taquile dimmed the experience somewhat, the bustling trip did introduce me to Hugo, a tour guide well versed in Incan and pre-Incan history.

Like other tour guides here in Peru, he was required to take a five-year course to obtain his guiding license and Hugo spent it immersed in the country’s history.  So much so that when he retires from guiding, Hugo plans to teach high school history here.

Hearing his qualifications, I immediately employed him for the following day and a private tour of a special set of ruins a 40-minute drive from Puno – Sillustani.  The site contains both pre-Incan and Incan burial sites on a hill overlooking Lake Umayo.

As opposed to the previous day, there were very few visitors when we reached Sillustani the following day.  On the hill high above, tower-like structures could be seen that were tombs of both the Aymara people and later tombs of the Inca people.

The tombs were made to house the elite of both cultures.

The doors to each towering tomb face the east, where the sun was reborn each day.  The towers ring the hilltop, giving each of the deceased a spectacular view of the lake and snow-capped mountains.

Earlier tombs were built by piling rock upon rock in a conical fashion that extended some six feet high.  The Inca tombs, however, were carefully constructed of tightly fitting blocks hewn at the site and towered above us.

Unfortunately, like many ancient ruins, these have been looted and what remains on this spectacular hill are the shells of this once great place.  But it’s not the only such cemetery of the ancients in the area.  A quick scan of the surrounding mountains with binoculars revealed many such burial towers dotting mountaintops, most probably yet unexplored. 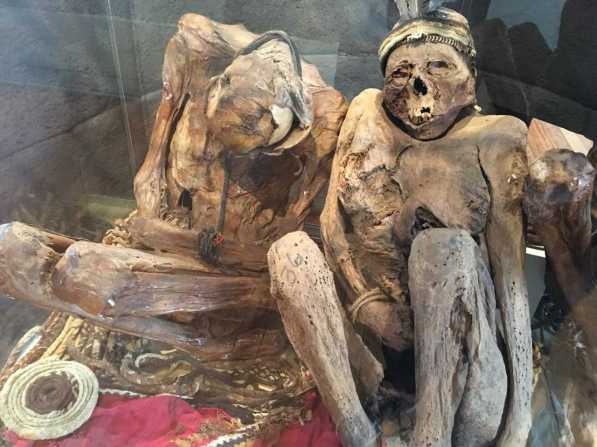 In fact, I find it surprising that so much of Andean pre-history has yet to be explored considering the incredible amount of research done on Egyptian and other such sites.  The birth of civilization occurred in Peru at about the same time as it did elsewhere yet so very few sites have been explored or even discovered.

Many of the early explorers in fact – often Europeans of Americans – themselves “looted” the sites they explored of their fantastic treasure, often taking them abroad to be shown in museums there. 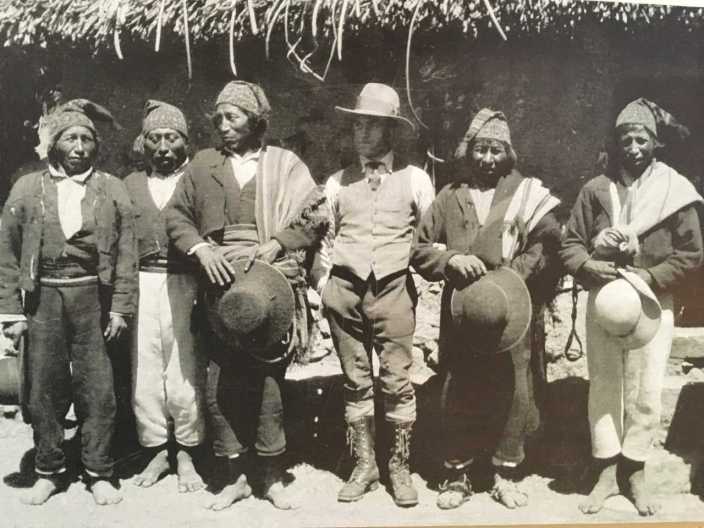 That’s one reason that when I returned to Puno, I visited a museum set up by 1920s Andean explorer Carlos Dreyer, a German who began his life in Peru as a watchmaker but soon turned to painting and collecting Andean antiquities. 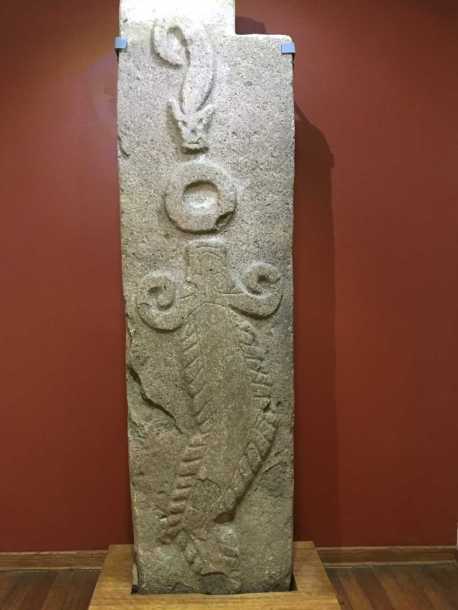 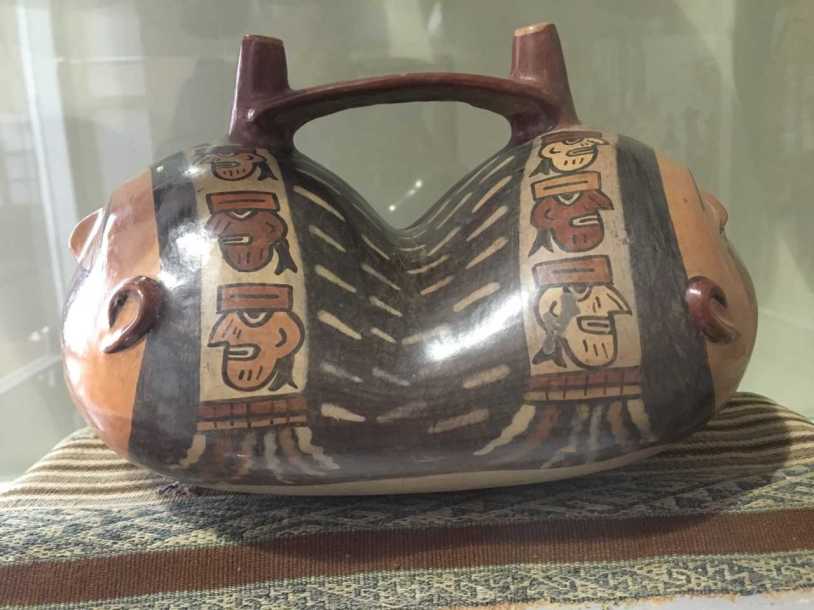 Dryer was the typical amateur archeologist, fascinated by the riches of this country.  His art focused on capturing the lives of the indigenous people.  At his death, his sons donated his collection to the people of Puno.

The small museum today highlights not only the eclecticism of these early archeologists, but provides visitors a feast of ancient remains ranging from mummified bodies extracted from the tombs at Sillustani to intricately woven fabric and inscribed pottery to case after case of beaten gold ornamentation worn by Incan royalty.

I was sorry to leave the small town of Puno the next day, although the altitude was still wrecking havoc with my breathing.

The beauty and history here is astounding, but made even more resonant by the sense of spirituality that surrounds this place – a spot focused on both the birth and death of ancient Andean cultures.