Pakistan is a country oft in the news, but seemingly little understood.

Its complexities and intricate cultural patterns have intrigued and befuddled observers since it was carved from the side of India in 1947 as an autonomous state for the Muslim population.

Its government has been called a failed state, its border with Afghanistan a sanctuary for terrorists and its society a product of feudal and kinship loyalty.

For Americans, the relationship with this – the fifth most populous country in the world – has often been strained, no more so than after the discovery of Osama bin Laden in 2011 hidden within a compound near Abbottabad in northern Pakistan.

The relationship remains fraught today as the continuing conflict in neighboring Afghanistan spills turmoil across the border and attracts recriminations from a United States that sees the porous borderlands as a barrier to a successful end of Afghan hostilities.

The Pakistan government, on the other hand, perceives that the country and the difficulty it has in securing a remote border has resulted in Pakistan becoming a scapegoat for America’s failed mission in neighboring Afghanistan.

“We are the boogeyman,” says Aizaz Ahmad Chaudhry, Pakistan’s ambassador to the United States.

The tension between the United States and Pakistan has been ratcheted up since the American presidential election, particularly since a New Year’s Day tweet by President Donald Trump accusing Pakistan of “nothing but lies and deceit.”

That was the same month the Trump administration suspended nearly all military aid to Pakistan, a move that could freeze up to $1.3 billion.

Even more recently, the U.S. has been pushing for the placement of Pakistan on an international terrorist financing list.  The country received a three-month reprieve in late February so its long-term placement on the list of countries perceived as not doing enough to combat the funding of terrorism is uncertain. 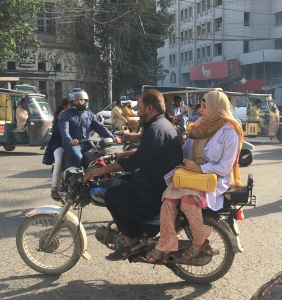 Still Pakistan remains a country with which the West must reckon for a myriad of reasons.

First is the increasing role that long-time Pakistan ally China is playing within this South Asian country.  A multibillion-dollar project funded by China, the China-Pakistan Economic Corridor, aims to shorten trade routes between the two countries and create new business.

Even more recently, there has been speculation that China is seeking a spot for a military base within Pakistan’s borders, raising concerns about China’s strategic plans in the Indian Ocean.

The second reason is that Pakistan is exploding.  The country currently has 204 million people and it is growing by more than 11,000 people per day. 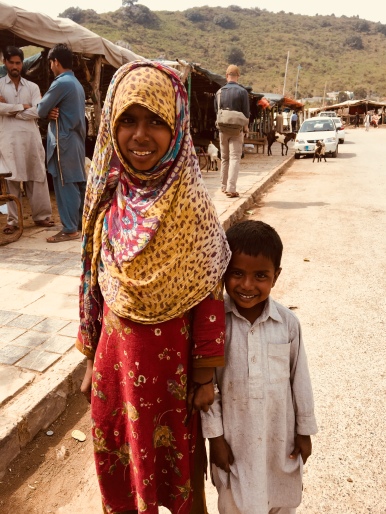 According to the Express Tribune, the population could reach 400 million by 2047, putting a strain on resources and threatening the country’s economic stability.

Third, the country is being assailed internally by the time bomb created by increasing water instability and exacerbated by the country’s staggering population growth.

Drought in Pakistan has become an increasingly frequent phenomenon.  Some experts speculate that by 2025 Pakistan will face massive shortages of fresh water.

And climate change is expected to deliver yet another blow to this beleaguered country.  Sea-level rise and depleted water levels, particular in the River Indus, could wreak havoc on the country in the not-too-distant future.

Fourth, Pakistan is a critical player within South Asia, which possesses one of the most fertile economies in the world.  Marginalizing the country would only hinder efforts for regional cooperation and has the potential to push the country’s predominantly Muslim population toward China and the Middle East for affiliations.

Finally, Pakistan is a heavily militarized state.  Its military was recently ranked the 13th most powerful in the world by the Business Insider.  Some $7 billion is budgeted annually to defense.

It is also one of nine nuclearized states in the world.  Pakistan is suspected of possessing between 130 and 140 nuclear warheads.

So what is the key to understanding this strategically important yet confounding country?

Certainly it’s not 10 days here as an emissary from the International Center for Journalists, which has sent me and seven other U.S. journalists to Islamabad and Karachi for a sampling of Pakistani culture and news media diplomacy.

So, let me state from the outset that my goals are quite modest.

If I can convince you that Pakistan is a country worthy of more exploration then a portion of my ambition in writing this blog will have been realized.

If I can also persuade you that the Pakistani culture is both fascinating and unique, an amalgam of the region’s phenomenal history and rise toward modernity, then I’ve achieved even more.

And, finally, if I can assure you that the Pakistani people’s courage, humility, hospitality, hopefulness and kindness are a mirror of the same human conditions espoused by most peoples than I will have accomplished my task.