The giant mass whirred across the sky, tilting and turning so their bird-cloud flashed black and then silver depending upon which feathers turned toward the light.

Above them a merlin falcon hovered, attempting to pinpoint a single individual for its next meal.  But the twirling bird-cloud, perfectly illustrating the adage of finding safety in numbers, confused the predator with its strobe-like display.

Only moments before, the thousands of tiny sandpipers had been busily scooping mud shrimp from the red banks of the bay.  The appearance of the falcon had sent them swirling into the sky in masse in an attempt to elude the lethal predator.

This time their strategy proved successful and the falcon, in defeat, turned and swept out of sight.  Within minutes the sandpiper cloud settled back onto the mud flats again to continue their foraging. 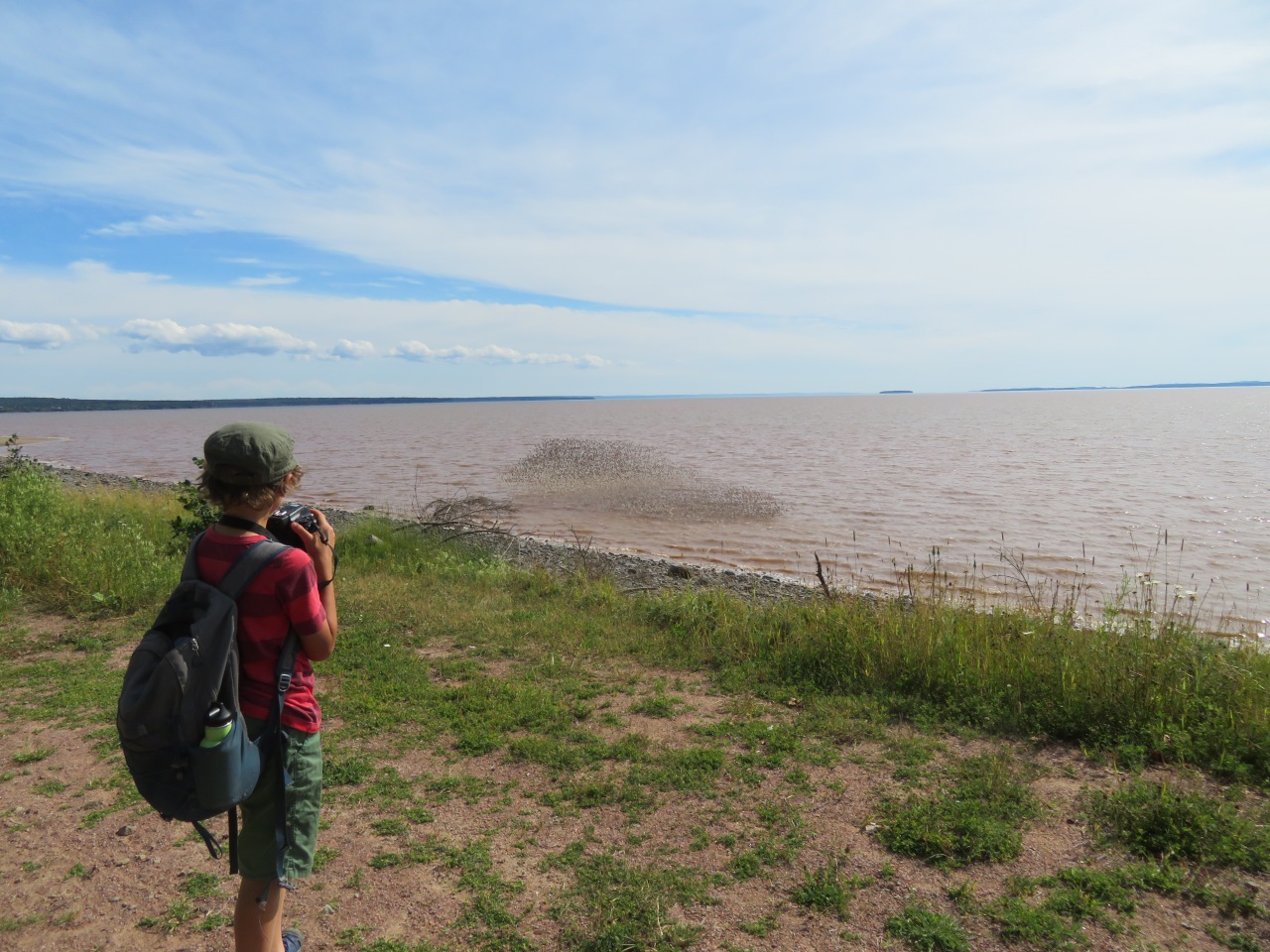 Such is the life of the semipalmated sandpiper, a mere wisp of a bird at only 13 centimeters in length, during a brief autumnal respite it takes on the banks of the upper Bay of Fundy in New Brunswick, Canada.

The annual spectacle, in which clouds of birds dip across the sky and water in masses up to 350,000 strong, begins in late July with the appearance of the female sandpipers, who are followed by the males and juveniles. 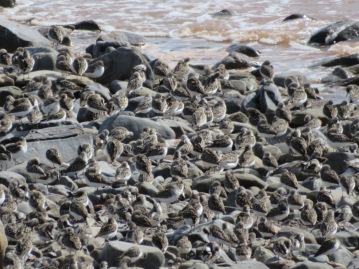 It lasts until mid-August when the birds depart for a strenuous three-day, non-stop trip to the northeastern coast of South America.

During their 10- to 20-day respite at the Bay of Fundy the sandpipers gorge on the oil-rich mud shrimp, doubling their weight in preparation for the long flight ahead of them. 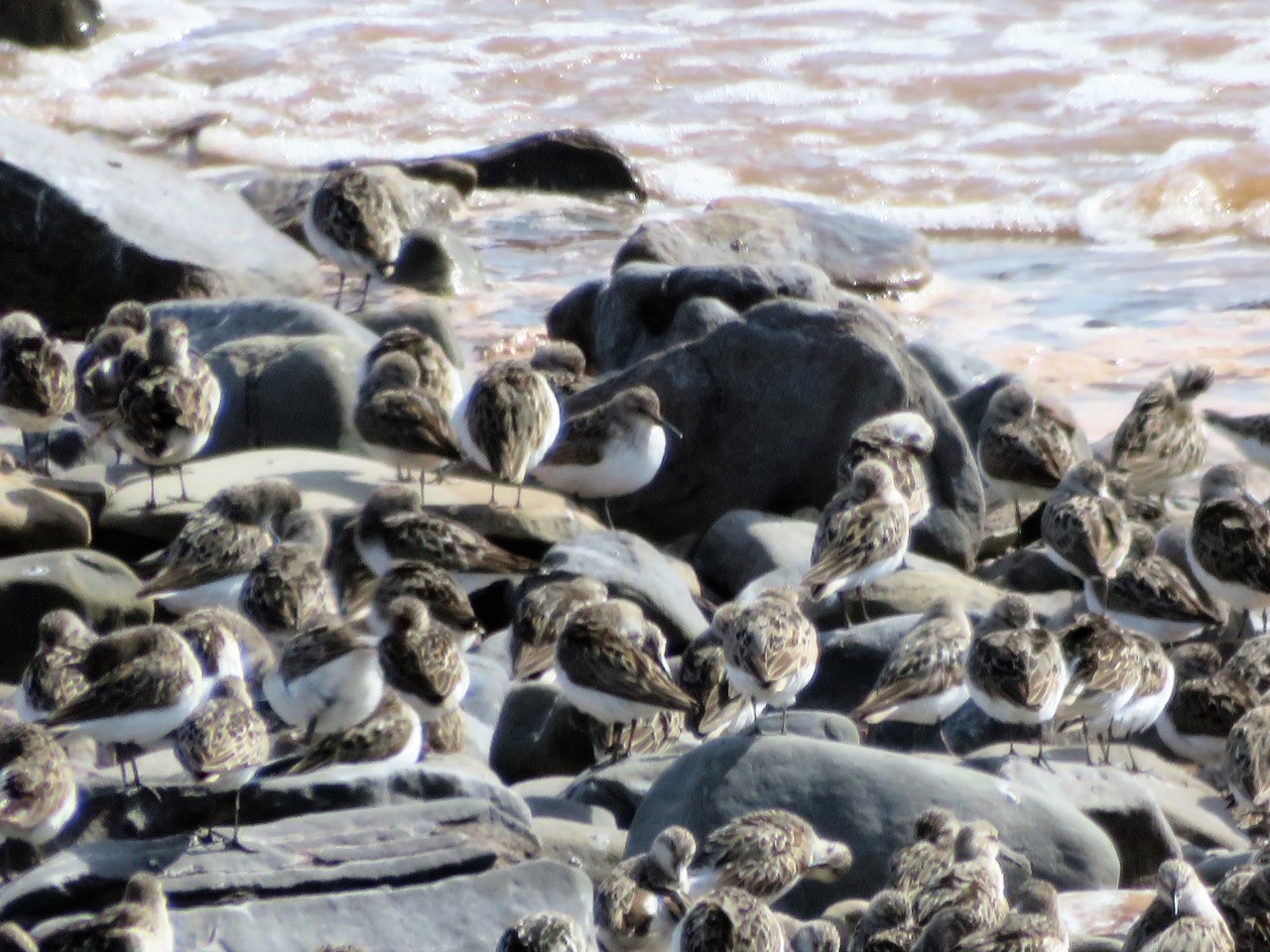 The birds come to the Bay of Fundy each year from their breeding grounds in the Canadian Arctic.   In all, about 75 percent of the world’s entire population of semipalmated sandpipers use these beaches as a temporary stopover in their journey southward.

They congregate on a massive marsh known as Shepody near the city of Moncton.  The unique mixture of mud, clay and water here provides the perfect habitat for the mud shrimp and one square meter of mud can contain 60,000 of the tiny shrimp.

Because of the enormous tides in the bay, rising then falling up to 50 feet every 12 hours, the sandpipers consume the most shrimp when a low tide exposes the red-brown mud banks.  During each 12-hour tide cycle, a single sandpiper can consume 5,000 to 7,000 shrimp. Although the semipalmated sandpipers aren’t the only shorebirds that inhabit the mud flats, they’re certainly the stars.  Incredible aerial acrobats, the sandpipers here number nearly a quarter million.

Visitors can catch sight of them on the southern side of the Bay at Mary’s Point.  On the northern side, they can be glimpsed at Johnson’s Mills, a Nature Conservancy Canada preserve.

It’s an annual event worth witnessing. 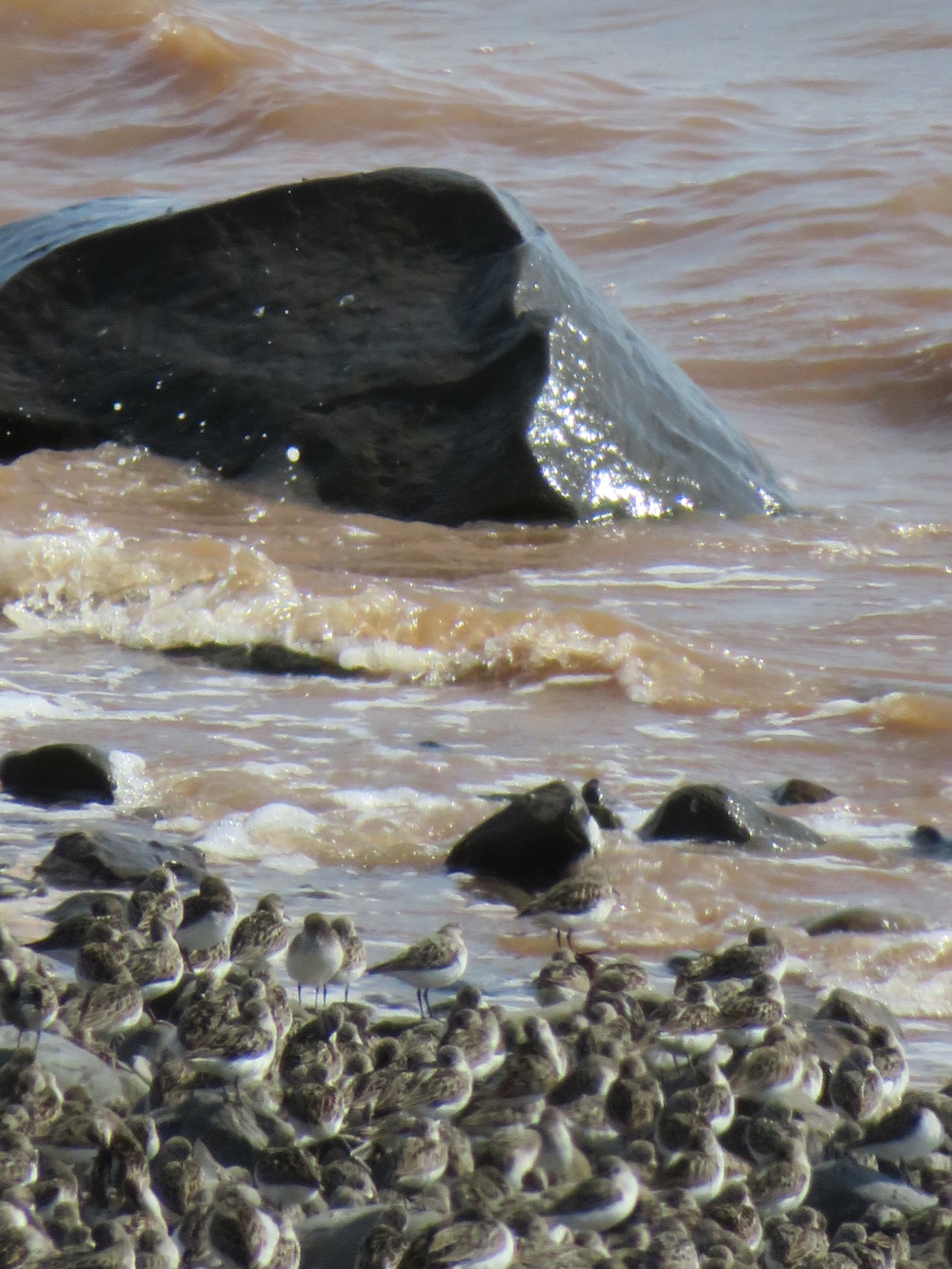