Bruce Miller hands me a cup of steaming tea.  He glances around his Spartan cottage and invites his visitors to look at the books on the tables, the photos on the walls.  This was where my grandfather’s house once stood, he says, looking out the window over the sparkling bay of British Harbor, Newfoundland. 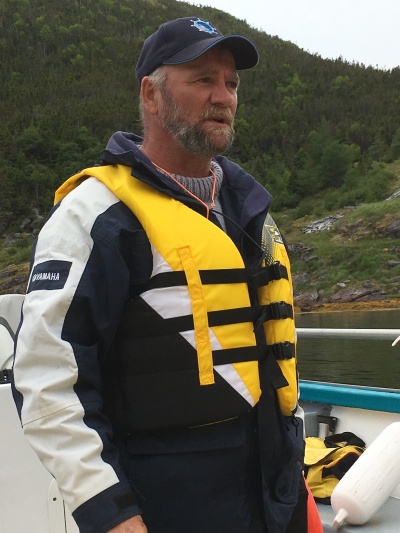 Our small group of 10 had traveled with Miller to this spot to witness the Newfoundland of old.  It’s a way of life he remembers experiencing as a small child when he visited older family members who were still able to make their livings fishing cod, before the collapse of the fish population in the mid-1900s brought a moratorium on cod fishing, before a government edict put an end to this way of life.

His house is new, its contours shaped and nails pounded by Miller’s own hands. Surrounding it are a few others scattered on the grassy places between the rocks.

But decades ago, these harbors were filled with houses and families.  The harbor would be filled with fishermen unloading their catches into the small fish houses and women would have been trundling the gutted and split fish, already salted in a briny stew, to dry in the sun. 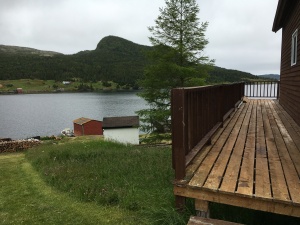 Such was the life in hundreds of small communities in Newfoundland, remote outports tucked in on the coast wherever a secluded harbor offered safety.  Unconnected by any land routes, these small communities were linked only by the sea.  A handful of families would spend their entire lives, indeed for generations, toiling in these outports, in those days producing salt cod for Europe and North America. 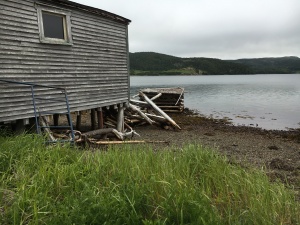 It was backbreaking work, the men toiling on the sea to bring in as many fish as possible before the winter storms made fishing impossible.  It was the women, however, who bore the brunt of the work, raising children, keeping house, making meals, tending gardens and generally ensuring the community succeeded.  They were also the ones who tended the flakes, large platforms on which the salted fish were placed to dry.  The drying could take up to a week and the fileted fish had to be consistently turned to ensure uniform drying.

Miller remembers his aunt carefully tending her flakes in one of these outports.  It was she who negotiated with the buyers who would come to assess the quality of the salted fish, paying differing amounts depending on things such as the thickness of the filet and whether the process had extracted the maximum moistness from the fish’s flesh.  Aunt Lizzy, in the Miller family’s case, was always the most-savvy negotiator, questioning a buyer’s assessment if she disagreed. 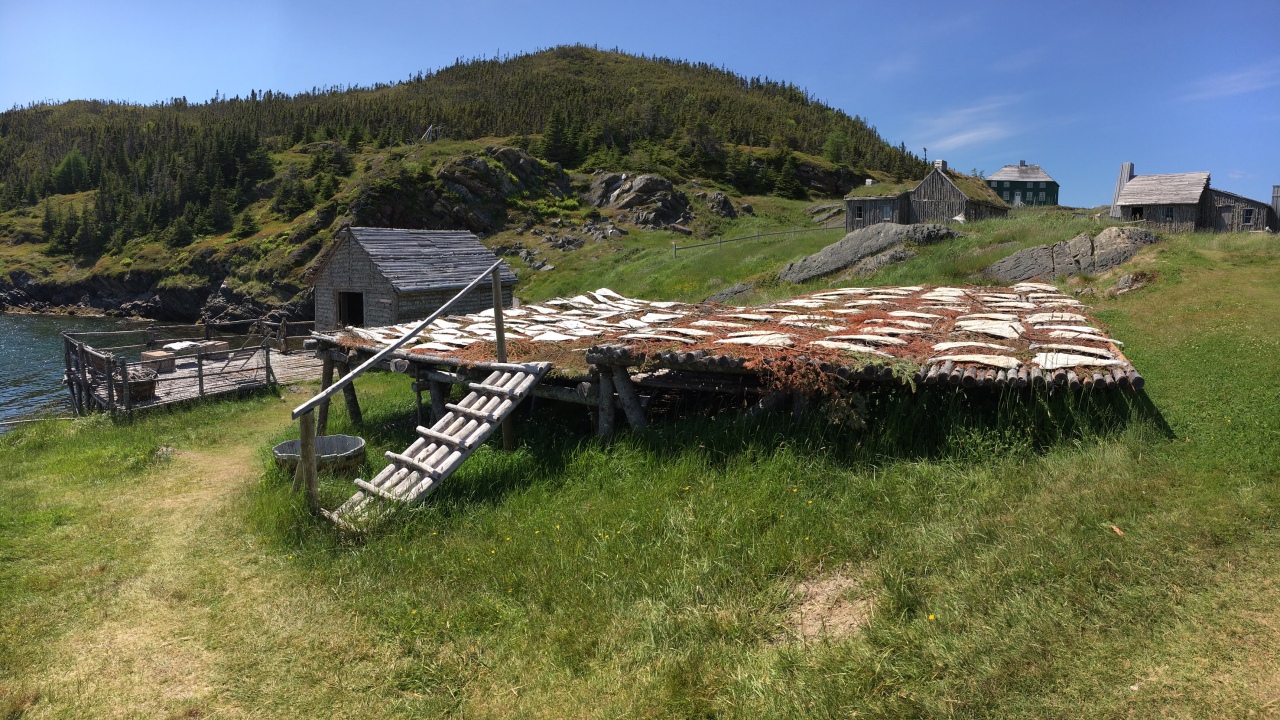 It’s partly in homage to people such as his aunt that Miller runs these boat trips out of his home in Trinity to acquaint visitors with the hundreds of now-abandoned outports of Newfoundland.  It’s also a reflection of Newfoundlanders’ struggles to make a living in a new era that doesn’t include fishing and often does include an increasing swell of tourists to the island’s shores.

But this is a large segment of Newfoundland history he wants no one to forget.

No one had a comfortable, easy life in these remote outports, he said. But there were definite advantages of such tight-knit communities that existed in the relationships of the people.  Imagine spending each and every day of your life working and living with the same folk, Miller said.  It created friendships unlike any to be found in today’s cities and towns.  This was a life in which a family’s existence often depended on the success of an entire community and the contributions of each person.

One of those very early outports is recreated just outside the town of Trinity on the southeast coast of the island.  It was created as the movie set for a Canadian mini-series, “Random Passage,” which was based on a novel by the same name.  It depicted the travails of families who made an outport their home in the 1800s.  The site is now a historic nonprofit and staff attempts to depict life in a remote settlements as realistically as possible with homesteads built of logs, often with sod roofs and earthen floors. 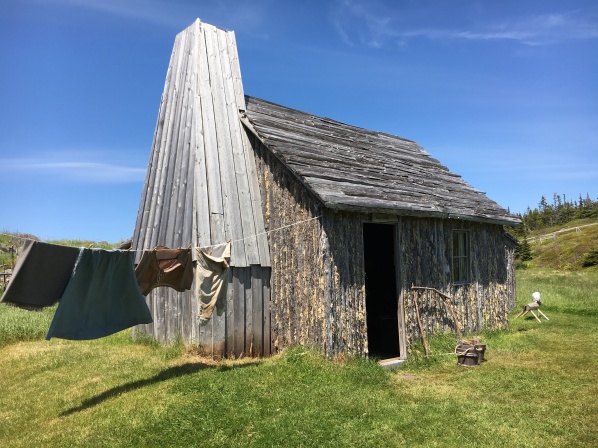 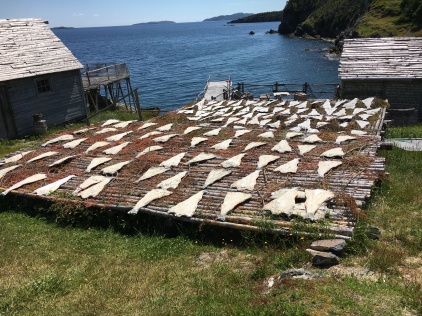 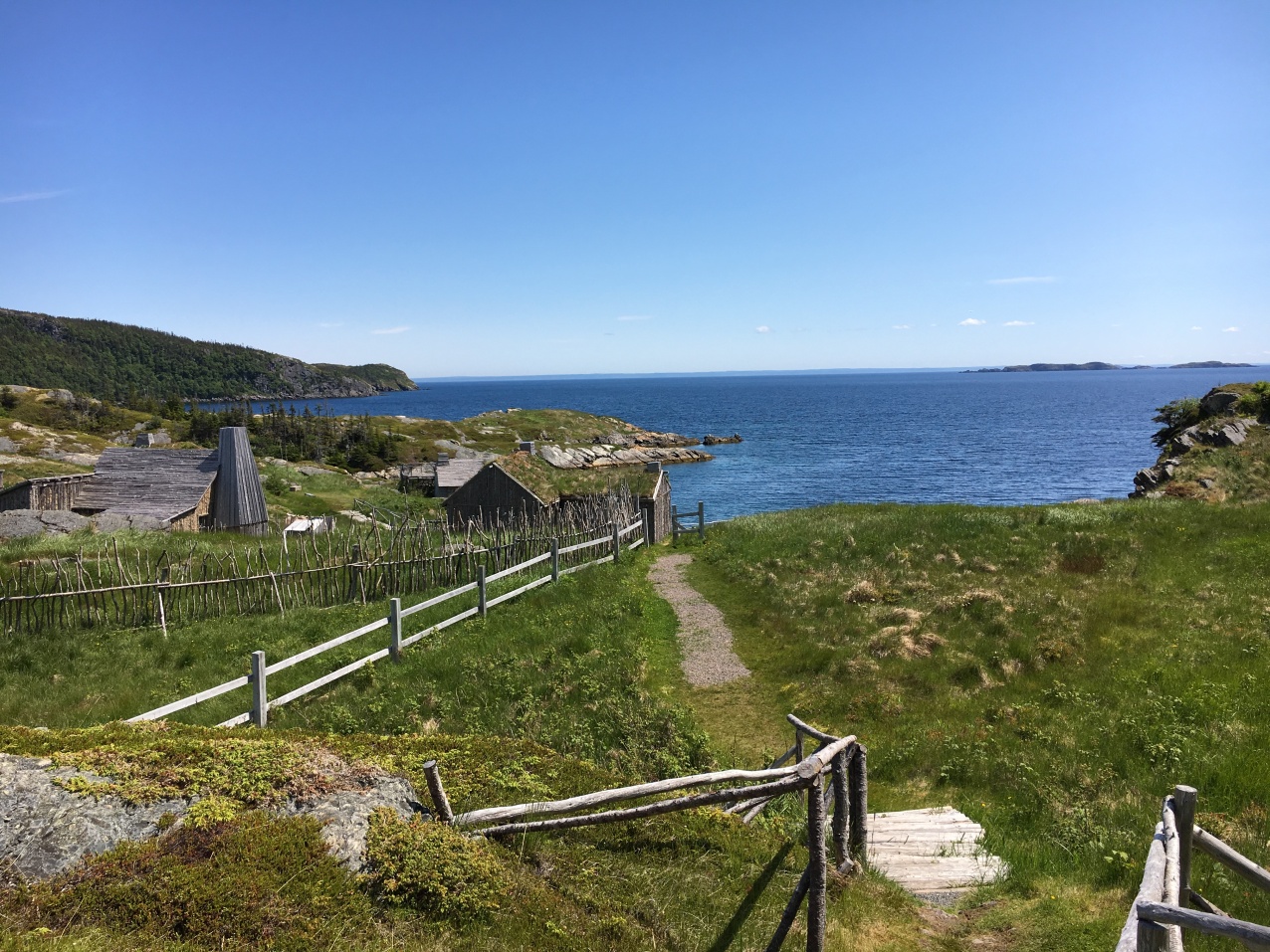 The entire way of life came to an end for most outporters between 1954 and 1975 when the government decided these families should be re-settled to larger towns.  The province had no money to extend roads or services to each small village politicians hatched a plan to force these fisher families out of the villages in which they’d lived for generations.

The government offered families a small stipend, under $200, if they’d move.  If they didn’t, all help would be cut off.  The catch was that the entire community had to agree to the move during the early years of the program.  The resulting pressure to move split families and communities.  Old-timers, whose parents and grandparents had lived in these outports, lost their communities and their own histories.

Some families simply left their homes, fishing gear and wharfs behind.  Over the years, the homes and churches – once filled to bursting – collapsed in on themselves.  Other families angrily burned all their possessions before leaving outports.  Yet others actually floated their wooden homes to new foundations in road-connected communities.

Miller said families are still broken by the disintegration of their communities.  He bemoaned the loss of personal history and the sadness that has come with re-settlement.

A few people, such as Miller, have built new structures in these remote harbors.  But they are singular homes.  The once thriving communities that drove outport life are gone.

And the province has lost an essential piece of history.