A Sense of Belonging

How do you explain a connection to place?

We all have those geographic tethers – some formed by our own personal histories, others created by things outside our individual experiences.

For example, most of us are connected forever to our places of birth or the spots where we spent our growing-up years.  For those who attended colleges, there’s often a lifelong connection to the towns in which those universities reside. As we grow older, we develop connections to the place we’ve raised our children or have spent our senior years.

But, sometimes other connections develop that seem to arise apart from any personal experience. People who have ever happened upon a new place only to find themselves intensely at home know this feeling.  People’s relationships with these special places are often as warm as their ties to the locations that figured prominently in their lives, and sometimes are even stronger. 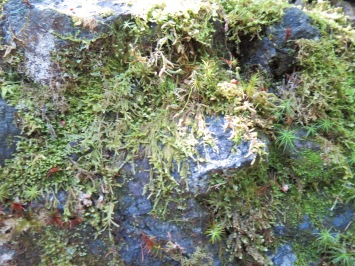 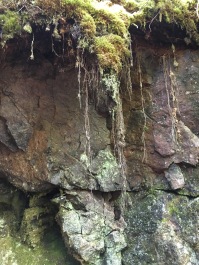 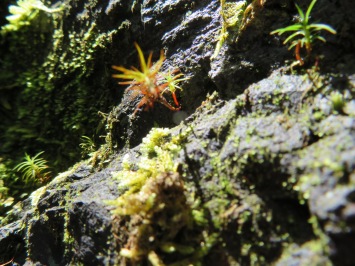 For me, that place is the area surrounding Fundy National Park in New Brunswick. From the first moment I chanced on this place’s beauty I was not only hooked, I fell hopelessly in love.  Each time I would prepare to return over a year’s absence, I felt intense excitement.  When I had to leave each year, the drive back to my Florida home was tinged with longing for what I had left behind.

So it was that the morning after I arrived, I leaped from bed ready to re-connect.  Like a starving wanderer, I knew that I would perish if I didn’t get my Fundy fix – and quickly.  I jumped in the car and headed to the national park.

Campers were already pulling themselves out of their beds, rubbing the sleep from their eyes when I drove past.  Children, still clad in their night clothes, were eating breakfast while parents groggily clutched mugs of coffee.

But I had a destination in mind, my favorite spot in the park, and I was anxious to reach it before others.  I knew that if I could beat the crowds, the dew would still be hanging on cobwebbed trees, the birds would be singing their morning hymns and perhaps even a moose would be tugging great clumps of waterweed from beneath the lake’s surface for breakfast.

Caribou Plains was that place.  It was a trail that began with a beaver pond where the flat-tailed occupants could often be seen busily repairing their den and carefully constructed dam.  The trail led through a dense pine forest, its floor carpeted with ferns and mosses.  It ended in a bog where the carnivorous pitcher plants and sundew grew and the ground trembled with a footfall.

I hopscotched from one trailhead to the next for four hours.  Each place held its own special beauty.  A brilliant blue damselfly.  A beaver dam of intricate design.  River water tripping over copper-colored stone on its way to the sea.   The call of a white-throated sparrow. 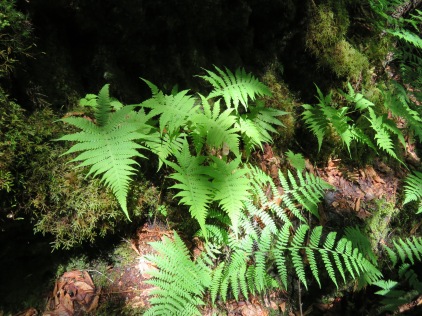 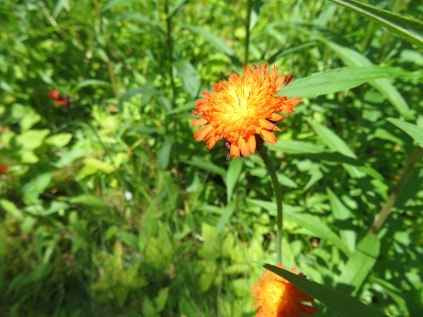 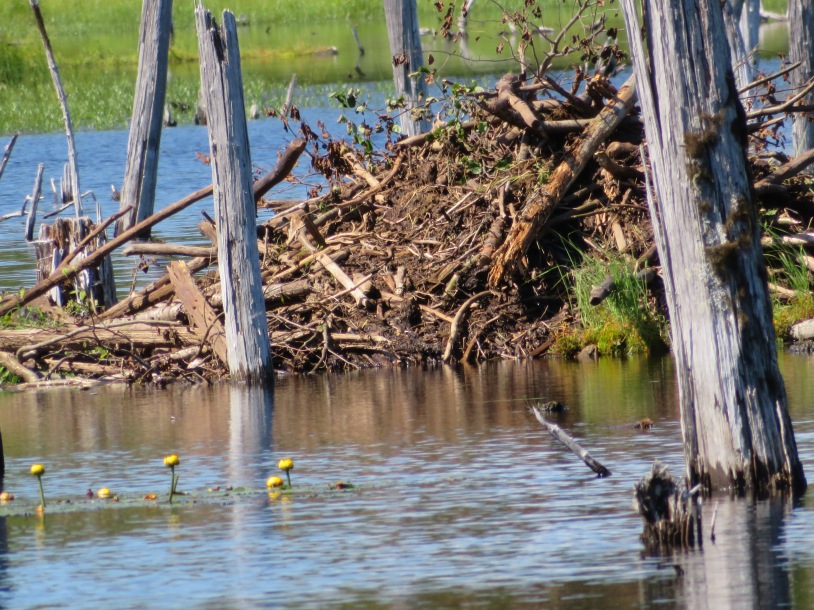 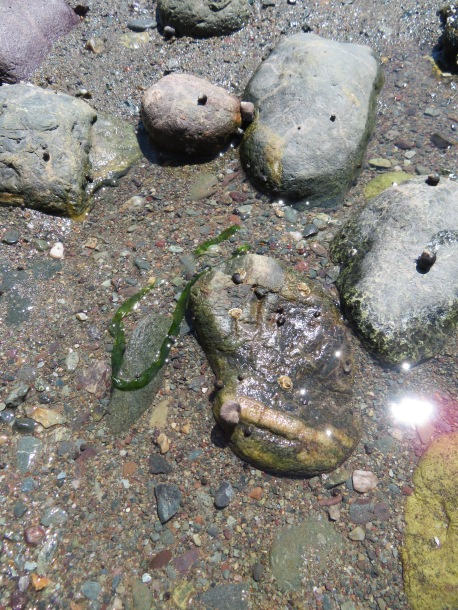 Much of the landscaped is informed – and even carved – by the immense tidal shifts here.  Every 12 hours the tide rises or falls 30 feet, shifting the direction of the rivers’ flows and excavating high rocky cliffs that tower above the bay’s shores.

With the tide at its lowest, the floor of the ocean is exposed and lobster boats are stranded within dry harbors.  But when the tide reverses and begins its race inland, the water is rapid.  Within some rivers, the tide’s return is so intense that a large wave forms, called a tidal bore, that rushes upriver.

The Bay of Fundy is unique in the world, so much so that United Nations Educational, Scientific and Cultural Organization created the Fundy Biosphere Reserve to research and preserve it.  It has been named one of the seven natural wonders of North America, a short list that also includes the Grand Canyon. 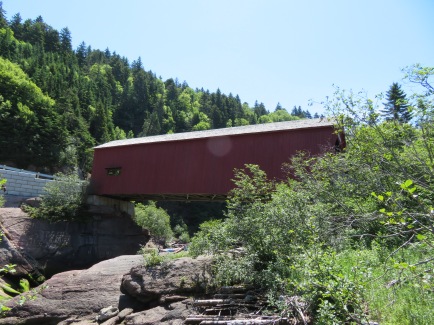 My second stop of the day was at Point Wolfe River Gorge, where loggers once operated a giant sawmill and nearby shipbuilding enclave.  Not much is left of what was once a thriving business for New Brunswick except a pile of logs and the crystalline river waters.  A myriad of trails leads to the rock-strewn beach and various overlooks.

Near the mouth of the river, connecting the two sides of the road, sits a red-washed covered bridge.  It’s one of 62 such bridges that still exist in New Brunswick, including the longest covered bridge at nearly 1,300 feet long.  In fact, you can’t drive very far anywhere in the province without coming across a sign for one of them.

My day ends with a hike at the site of a waterfall where mounds of mosses and fern-filled glens turn the world a kaleidoscope of green.  Finally satiated, I head back to my home for the next few days.

On my way back, I puzzle why and how I’ve become so tied to this place.  Certainly it’s not just the beauty, although that’s a large part of the attraction.

It’s really simply a feeling, a possession of sorts, which draws me back here.  I’m not sure I can even put the strong emotions I have for this place into words.  It’s a feeling that simply exists within me and it has from the very beginning.

I’m reminded of a quote I recently saw.  I couldn’t locate the author, but it certainly sums up my experience with the Bay of Fundy.

“Connection doesn’t care about the laws of the land.  Your soul will be pulled to the place it belongs.”

And here is definitely one of the places I belong.