I’m seated basking in the warm sun on a weather-worn wooden helicopter pad next to a red-topped lighthouse that gazes out to the sea.

I’ve come here to Long Eddy Point Lighthouse on Grand Manan Island with the hope of catching a glimpse of one of the whales that makes this part of the ocean home.  Although the humpbacks arrived early this year, they usually don’t come this close to shore but the sharp-nosed Minke whale often do. 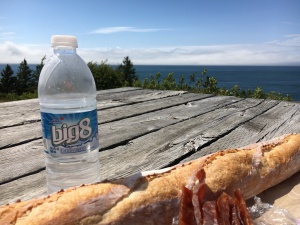 Beside me is lunch — a freshly baked baguette and a plastic-wrapped roll of salmon jerky.  A bottle of water is placed nearby to wash it all down.  Off to my right and down the cliff is Whale Cove, one of the favorite spots of Fundy cetaceans.

From my vantage point perched above the wind-swept bushes, the sea stretches to eternity, today’s sunlight casting it a brilliant aquamarine with darker patches where the clouds above obscure the light.

Beneath the waves every summer swim 15 different species of whales ranging from the giant Blue to the oil-filled Sperm whale. It’s a phenomena of the rich waters that swirl through the Bay of Fundy, where the mighty tides ebb and flow 30 feet every 12 hours.

Shading my eyes from the sun, I scan the waters for the plume of mist that’s the telltale signal of a whale.  Seeing none, I turn my attention to the lighthouse that squats to my left.

It’s not the first lighthouse I’ve visited on this island.  In all, there are nine lighthouses built here over the centuries to warn the ships off the fearsome black teeth of rocks that extend from the shore.

This morning, I visited Swallow Tail lighthouse, built in 1864, and there met a sort-of lighthouse keeper, 25-year-old Mark Hickey who is part of a four-person crew renovating the lighthouse and museum.  A carpenter and painter from the mainland, he’s already begun fixing some leaks in the old lighthouse tower and can imagine himself staying on the island for the rest of the summer and, perhaps, through the winter. 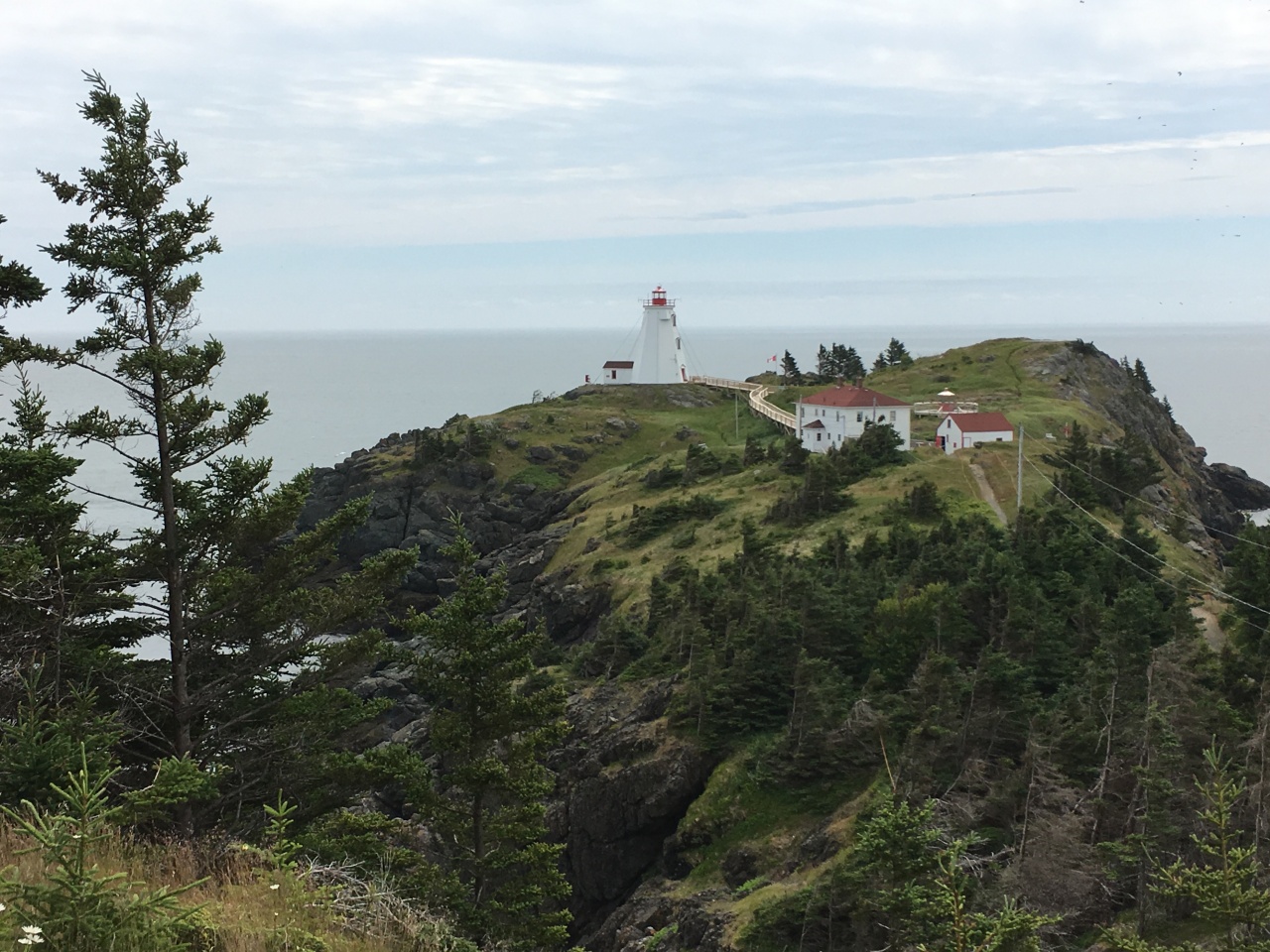 Mark says he likes the slow pace of the island and down-to-earth sensibilities of its 2,500 residents.  He also loves its wildness; last night, he admits, he slept outside under the stars until the night air grew too cold.

Want to see inside the lighthouse, he asks, and when I nod affirmatively he grabs a key and leads the way to the bottom of the four-story cylinder.  Inside, historical plaques fill the walls, detailing the lives of early lighthouse keepers.

“Contrary to most people’s perceptions it was probably one of the best jobs you could have,” Mark says.  “Very prestigious.”

The light, automated now, still wards off ships that might be traveling too close to shore and sits in a red-washed dome at the top of the white tower.  Mark leans down and opens a small door leading to an iron-clad walk outside.

We step out and are surrounded by the sea and island.  Ahead is the village of North Head, one of the two harbors that can accommodate the car ferry that operates several times daily and serves as the only public access to Grand Manan.  In back of me stretches the sea, dotted with the islands that make up the Manan Archipelago, some inhabited and some not.

At the precise other tip of the island, about nine miles from Swallow Tail, lies Southwest Head Lighthouse.  And along both coasts lie numerous other lighthouses, some on Grand Manan itself and some on tiny islets off its shore.

In fact, the New Brunswick coast is dotted with lighthouses, more than anywhere else in the world.  Its treacherous coasts and thick, thick fog have made seagoing a dangerous occupation. 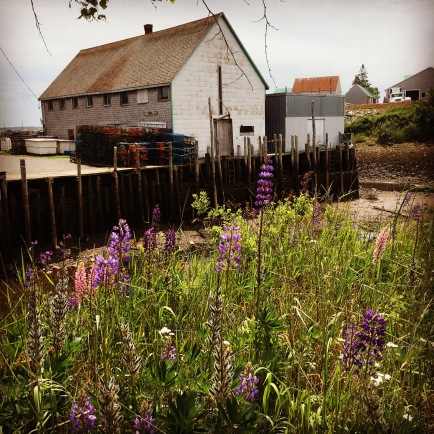 Fishing villages and individual homes are dropped between the lighthouses, still housing the fishermen of Grand Manan. Stacks of lobster traps are piled next to old fish sheds and on the back of pick-up trucks chugging down the island’s one main road.

Although a few have turned to attracting tourists with scattered promises of bed-and-breakfasts and seaside cottages, there’s relatively little on the island to excite high-stimulation travelers.   There’s no bars, no movie theaters, no music-driven nightlife.

But for those who find their excitement in the comic antics of puffins, the lure of a shoreline hike or the call of a seagull, it’s a perfect respite.

And then, of course, there’s the whales.

Once again I scan the horizon, catching glimpses of several lobster boats down below.  In the distance, one enormous ferry crosses paths with its sister ferry as they shuttle passengers and cars to and from the mainland.

But what of the whales?   None today.  But I do notice heavy gray clouds building on all sides.  The wind begins blowing in sheets of fog that silently whisk across the landscape.

Soon the fog will blanket the island in a shroud of white, obscuring both the lighthouses and the whales.  I turn to leave.