Of relatives and Chicken

By Paula HorvathAugust 7, 2013
“The sun was just coming up over the mountains–blood red and cold. I felt as if I was standing in the mightiest cathedral that had ever been built. There was no end to it, and no beginning. All I could do was look at it and worship.”

On the way back to Ankorage from Fairbanks, I stayed with my second cousin Elaine and her husband Morgan in Delta Junction.

Elaine is a quilter and her husband an engineer with the military.  Not only were they wonderful hosts, Elaine created a beautiful Alaskan quilt for me, pictured in this post’s main image, so I can always savor my time in Alaska. 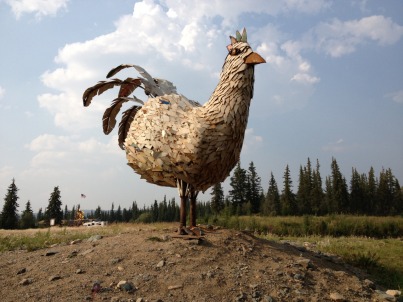 The day after I arrived in Delta Junction, the three of us trekked (via car) three hours into the Alaskan side of the Yukon to the tiny town of Chicken.

The original inhabitants were Han Kutchin Indians but following the discovery of gold, Chicken and the surrounding area grew.  At one time – during the height of goldmining – Chicken had 400 residents.

Because the gold found in streams here came even before the discovery of gold in the Klondike, at one time the area including the town was called “the richest three miles in Alaska.”

Today, historic Chicken is a ghost town and the rest of the functioning town consists of a couple of cafes, a bar, gold-mining operations and four full-time residents. 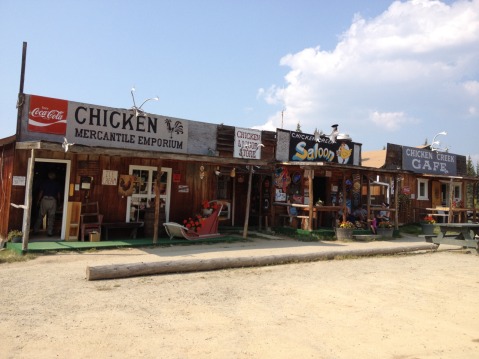 The area surrounding Chicken is relatively flat with low hills and scrubby pines.  This part of the state boasts some of the most variable temperatures in Alaska.  In the dead of winter, it can be colder than Nome and Barrow.

Touring Chicken was a delight and the grub served as the local cafe delicious, including various types of homemade fruit pies, but the best was yet to come … 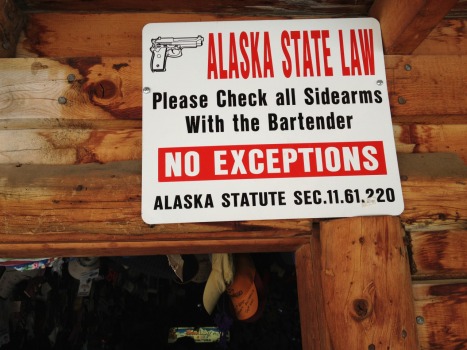 That best was the original Chicken, or what’s left of it.  We were led to it by a local gentleman, a former professor, who gives tours of the area.

You see, it’s become famous since the book “Tisha” was written about the town.  I had read it shortly before coming to Alaska and so was anxious to see the original. 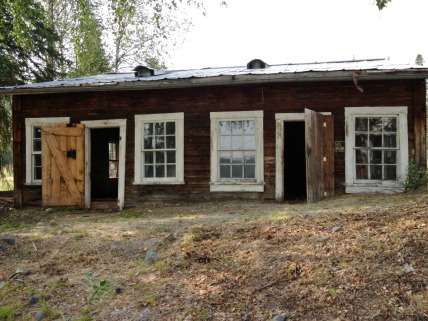 Here was where the teenaged teacher Anne Hobbs came to begin teaching in the early 1900s.  Her original school is still standing.  The two interior shots below in the gallery show the classroom (with the wood stove) and her living quarters.

The other uploaded images show a wall with boards created by a broadax, a double-beamed roof peak, and a tumbled-down horse stable.  The final picture is of the cheesecloth Anne and her students used to cover the walls and ceiling of the schoolroom.  They then painted it green.

Anne later wrote a book about her experience that became wildly popular (at one time the fifth best-selling book in the country).

It tells of the great difficulties Anne encountered in this small community due to her affection for the native Alaskan children at a time when natives were considered second-class citizens.  She ended up marrying a native Alaskan and giving birth or adopting 17 children of all races. 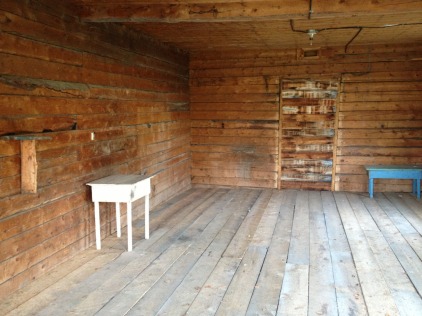