Circling back to Anchorage

Today I take my leave of Whittier and head back Anchorage way en route to Denali and Fairbanks.

As I exit the tunnel and get back on the road, tumbling streams cross beneath highway bridges.  I can see that the silver salmon are now running on the Kenai Peninsula.

June, my wonderful host in Whittier, told me how to access a small stream where I could catch a glimpse.  I climbed down the surrounding rocks and, after my eyes adjusted to see the dark shapes beneath the rippling water, could see hundreds of salmon fighting their way upstream (unfortunately difficult to catch as a photo because of the churning water).

Occasionally, their dorsal fins would jut from the water as they faced the pounding current.  I found myself actually cheering the fish on as they would struggle to pass a particularly difficult bit of rapids, rest behind a rock, then re-enter the current, sometimes only to be swept back to where they started.  It was a phenomenal spectacle.

Not all the salmon make the run and bodies of silvery fish could be seen in the shallows.  These are the ones too weary to go on or perhaps injured in their upstream battle.  I have a tremendous respect for these incredible fish.

It wasn’t long before I was back in Anchorage, hoping to make it somewhere north before I stretch out in my “comfortable” little Suzuki trunk for the night.

I took a moment, however, to stop by the Anchorage Memorial Park Cemetery, where some of Alaska’s most notable people are buried.

Established by President Woodrow Wilson, the names on the cemetery markers reveal the incredible cultural diversity here in Alaska:  McNutt, Cho, Moore, Klaasen, Talamaivao, Sullivan, O’Brien, Malautea-Kereti, Sparavalo, Aho, Saturnino, Kamanski.  Not only do the names reveal a bit of Alaska’s history, so do the monuments.

There’s the whale jawbones that guard the grave of the daughter of an Alaskan native.  Blades from propellers designate deceased pilots.  Russian Orthodox white crosses.  An anchor.  And the grave of the cemetery’s only Civil War veteran, Pinkney McMahill. 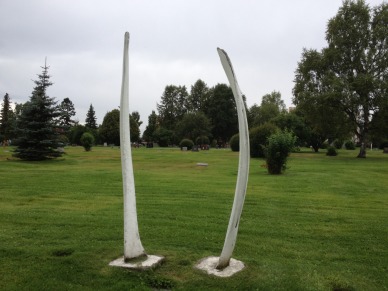 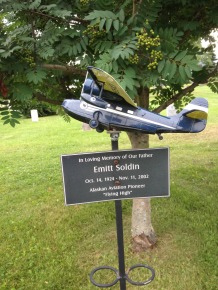 Following a much-improved night’s sleep in my Suzuki’s trunk the next morning began very positively for me when I found this tiny roadside diner/grocery store/laundry/shower facility/gold-panning business a couple of miles down the road.

Certainly a shower was delicious (it seems no Alaskan parks have on-site shower facilities) but the real treat was an authentic 16-ounce two-shot latte and an ice cream cone (I’d already eaten breakfast after all).  The choices were too exotic to bypass:  birch syrup walnut, fireweed honey and raspberry-coneberry. 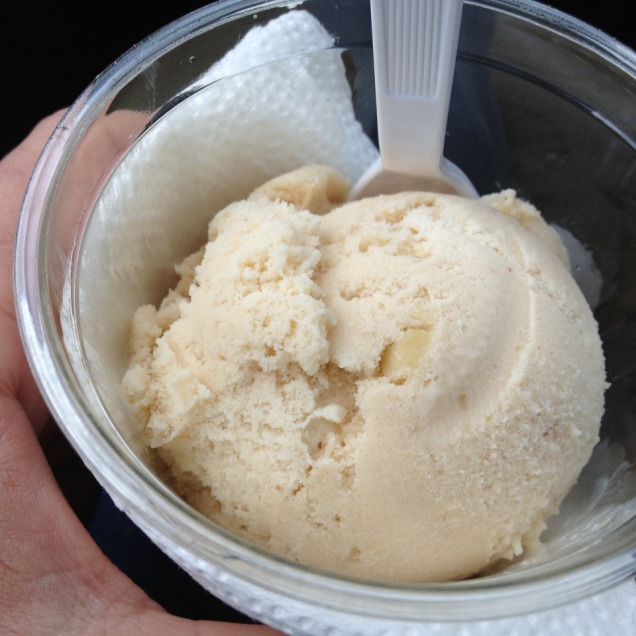 My cemetery tour continued that day when a few miles from my campground I came upon a Russian Orthodox Cemetery in the small native Alaskan village of Eklutna.
Historically, it is a native Dena’ina Athabascan village to which Russian Orthodox missionaries arrived in the 1840s.  The combination of the Russian Orthodox and native religions resulted in a cemetery that contains these colorful “spirit houses.”

I heard about this cemetery on NPR so naturally wanted to visit it. It was fascinating and well worth the short detour. 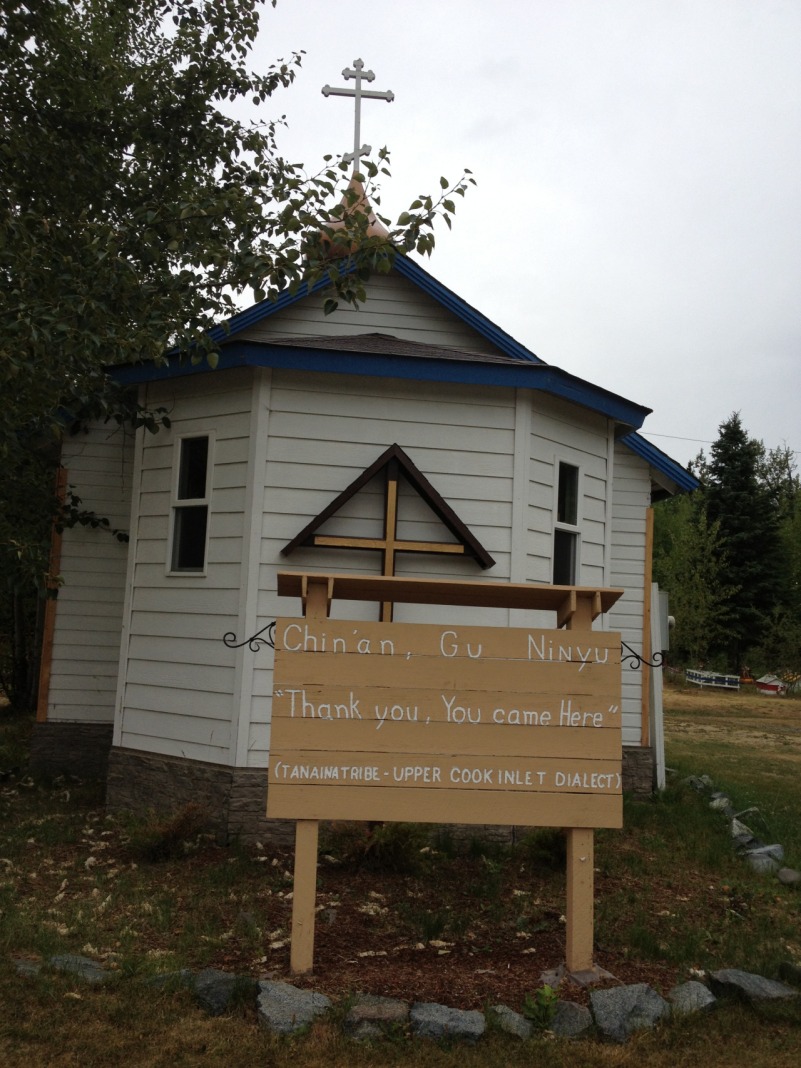 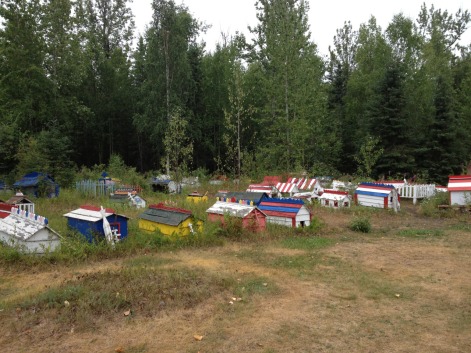 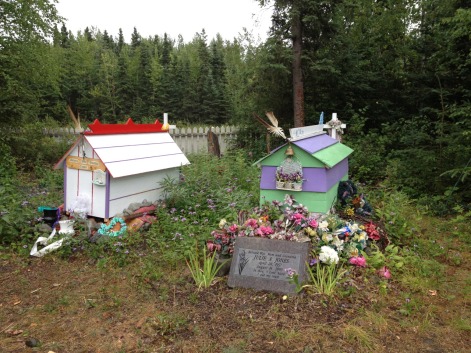 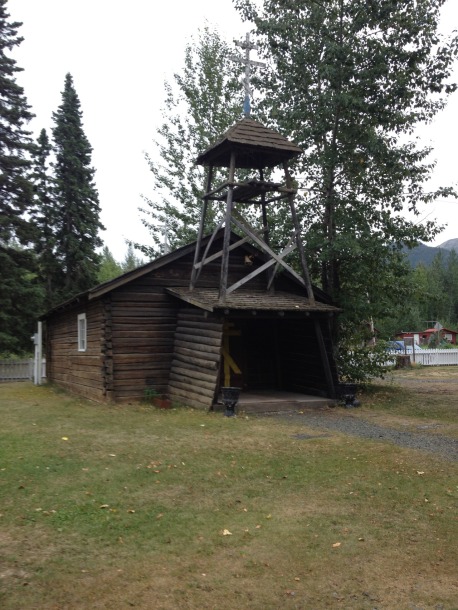